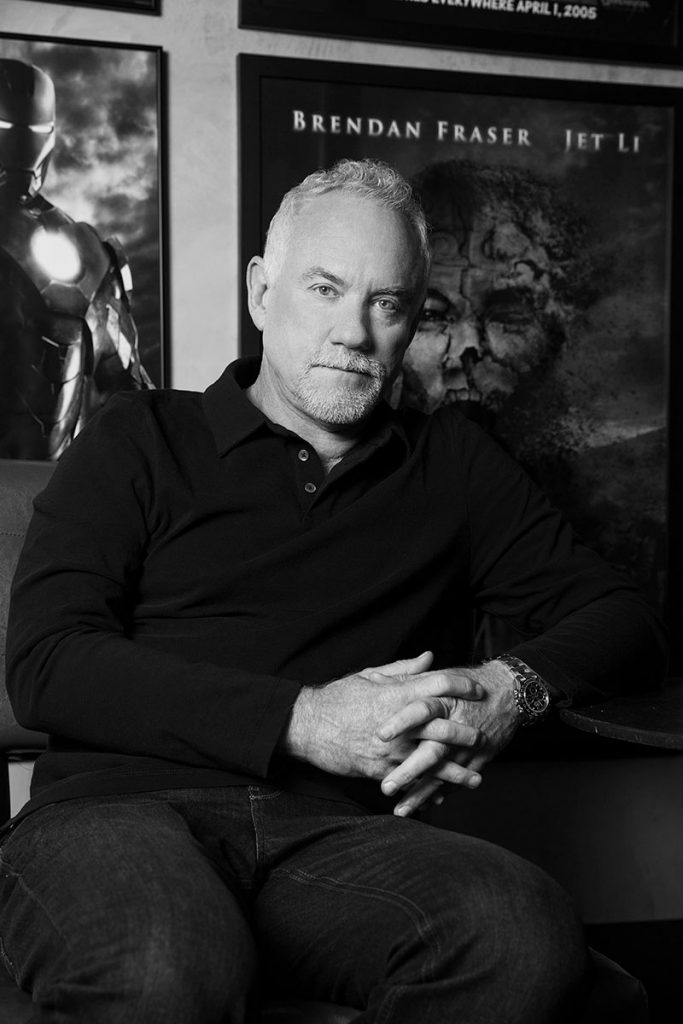 John Debney’s career seemed destined for Hollywood, the son of Disney Studios producer Louis Debney, John grew up in nearby Glendale, California where he got early inspiration for film and music growing up on the Disney Studio lot. The child of two musicians, John showed an early aptitude for music and began guitar lessons at age six, later playing in rock bands throughout college. Debney earned his B.A. in Music Composition from California Institute of the Arts in 1979, and after four years immersing himself in the business at Disney Studios, Debney made a professional entry into the industry, composing for TV, working with Steven Spielberg and Mike Post on shows such as Star Trek: The Next Generation, Tiny Tunes, and Sea Quest DSV. Debney continued his hands-on training, working with Hanna-Barbera composer Hoyt Curtin, and went on to score major television projects such as which he won an Emmy for Best Main Title.

Debney’s first big film break came in 1997 with an offer to work on Liar Liar with director Tom Shadyac. With the success of this blockbuster comedy under his belt, Debney went on to work on a variety of different major films including Elf, Iron Man 2, Spy Kids (1 & 2), and I Know What You Did Last Summer. Debney and Shadyac continued to collaborate, going on to do Bruce Almighty in 2003 and the spinoff Evan Almighty together. In 2005, Debney formed a successful partnership with director Robert Rodriguez, creating scores for his movies Sin City and Machete.

Although Debney was widely known within the industry as a versatile and talented composer, the world wouldn’t discover him until he composed the landmark score for Mel Gibson’s The Passion of the Christ. Enticed by the idea of working on a project that held deep, spiritual meaning for him, Debney’s score, which blended symphonic orchestra, a wide range of world instruments, and the beauty of the human voice, connected on an emotional level with viewers and listeners, and rose to #1 on Billboard’s charts for Soundtrack and Christian Albums, and #19 on the Billboard Top 200. The record was certified gold by the RIAA and won the Dove award for Best Instrumental Album, as well as garnering Debney an Oscar nomination.

Shortly after the movie release, Debney premiered “The Passion of the Christ Symphony” in Rome, Italy, a highly successful performance featuring an 83-person choir and a 96-piece orchestra, plus solo musicians and guest vocalists from both the film and the classical worlds, which received a 15-minute standing ovation from the audience. In the tradition of classical composers, John Debney enjoys conducting his own work and has conducted some of the world’s greatest orchestras. “A big part of the joy in what I do is that I consider it an honor to stand in front of live musicians and have the opportunity to hear my music played by these talented people.”

Debney’s most commercially successful work to date is Disney’s live-action adaptation of The Jungle Book, directed by Jon Favreau, released in 2016. Debney credits the success of the movie to the fact that both the film and the score, “Embraced the history” of the original. Long-time collaborator, Jon Favreau and John Debney have worked on a variety of films together including Elf, Zathura, Iron Man 2, and The Jungle Book. Among John Debney’s other most recent works are scores for Draft Day, Stoneheart Asylum and HISTORY’s Emmy-nominated Hatfields & McCoys as well as the HISTORY’s most recent mini-series Houdini, and A&E mini-series Bonnie & Clyde.

Considered one of the most prolific and successful composers in Hollywood, Debney has won 3 Emmy’s and been nominated for 7, he is also an Academy Award nominee, and the youngest recipient of ASCAP’s prestigious Henry Mancini Lifetime Achievement Award.