John Debney is scoring  the biblical drama film The Young Messiah. The film, based on the Anne Rice novel “Christ the Lord: Out of Egypt” tells the story of Jesus at age seven as he and his family depart Egypt to return home to Nazareth. Told from his childhood perspective, it follows young Jesus as he grows into his religious identity. Ten years ago, Debney received worldwide recognition for his epic score to the biblical drama, The Passion of The Christ, for which he received an Oscar nomination for Best Original Score. The Young Messiah will be released on March 11, 2016 by Focus Features.

Last night John was deeply honored to receive the Golden Score award from ASMAC (the American Society of Music Arrangers and Composers) which was presented to him by legendary songwriter/composer Richard Sherman.  You can read an article about John receiving this prestigious honor in the Hollywood Reporter. 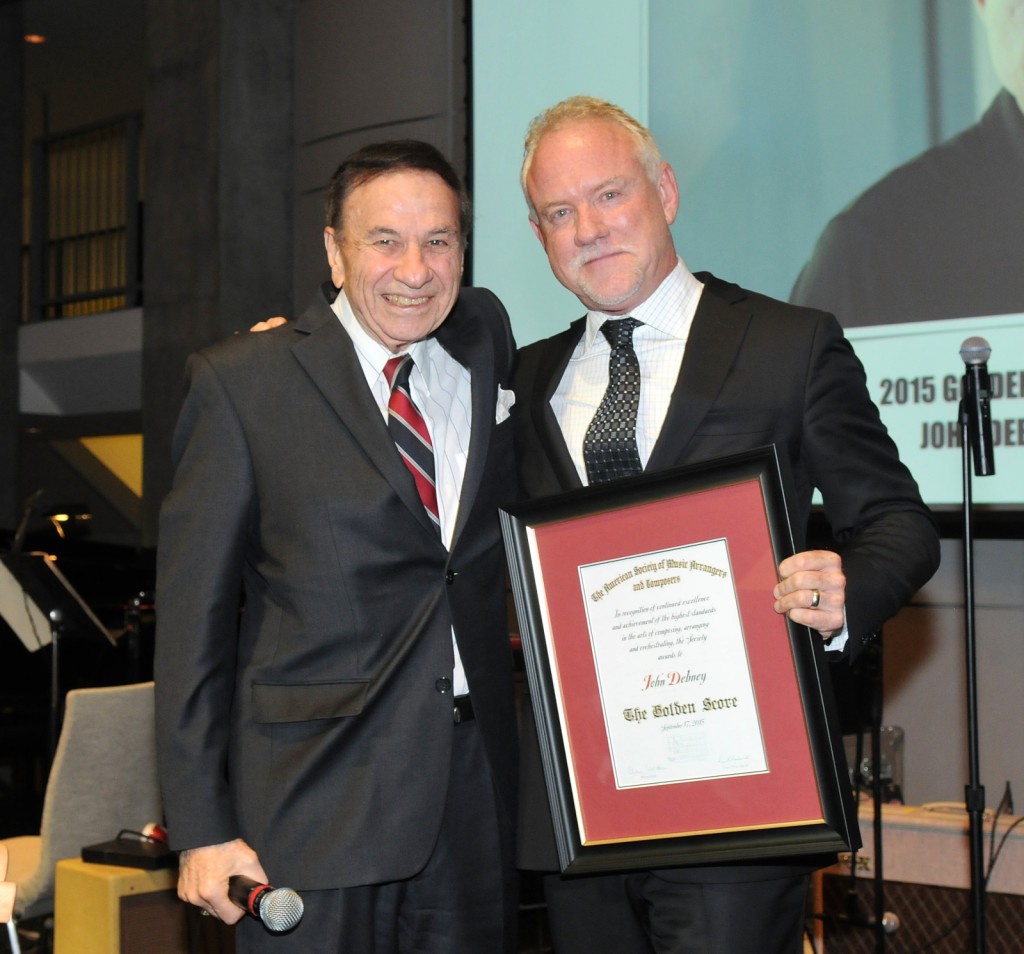 After the awards ceremony (which included a live string quartet performance of a new Kevin Kaska-arranged medley of John’s music), John brought Paramount Pictures’ President of Music Randy Spendlove as well as other musicians up on stage to bring down the house with a few rock songs!

John will be receiving the prestigious Golden Score Award from the American Society of Music Arrangers and Composers (ASMAC) on September 17, 2015.  Hosted by ASMAC President Chris Walden, the gala event will feature a silent auction, dinner, and an awards ceremony, as well as musical performances and other surprises. John will be presented the award by legendary composer/songwriter Richard Sherman.  Tickets are still available at the ASMAC website.

John has been profiled in Emmy Magazine.  Check it out here! 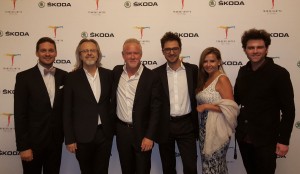 John has received his 7th Emmy nomination, for his work on the main title to Texas Rising, shared with co-composer Bruce Broughton.

This past Sunday, June 21, John conducted his Passion of the Christ Oratorio for its Czech premiere at the 57th Smetana’s Litomysl Festival. Attended by over 1,200 people, the music was performed by the Brno Philharmonic Orchestra and featured included soprano Alžběta Poláčková, mezzosoprano Lisbeth Scott, and tenor Aleš Briscein, as well as world renowned flautist, Pedro Eustache.  Click here for more details and photos!

Texas Rising, the upcoming History Channel miniseries directed by Roland Joffe, has been expanded from six episode to ten episodes, according to Variety.  John is currently writing music for the series with fellow composer Bruce Broughton.  The miniseries will start airing on May 25.

John’s acclaimed Passion of the Christ Symphony will be performed on March 21 in Cordoba, Spain.  Featured soloists include original performers Lisbeth Scott and Pedro Eustach, and the concert will be conducted by longtime Debney collaborator Kevin Kaska. 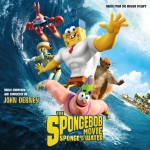 The score album for John’s music to The SpongeBob Movie: Sponge Out of Water will be released by Varese Sarabande Records. It will be available digitally on March 24, and then physically released on March 31.